Upgrading your Galera Cluster from MySQL 5.7 to MySQL 8.0
Read more...

Codership is pleased to announce a new release of Galera Manager. First things first, when you use the gm-installer, you will now notice that there is also an upgrade option. This is current with gm-installer version 1.9.1.

Beyond that, the installation process is rather standard. Once you have installed it, you will realise that the GUI version is 1.7.2. There have naturally been some changes in the UI and from a user experience (UX) standpoint, you’ll now notice that things might look better on a tablet or a phone (in the event that you’d like to deploy a new cluster while on the go!). 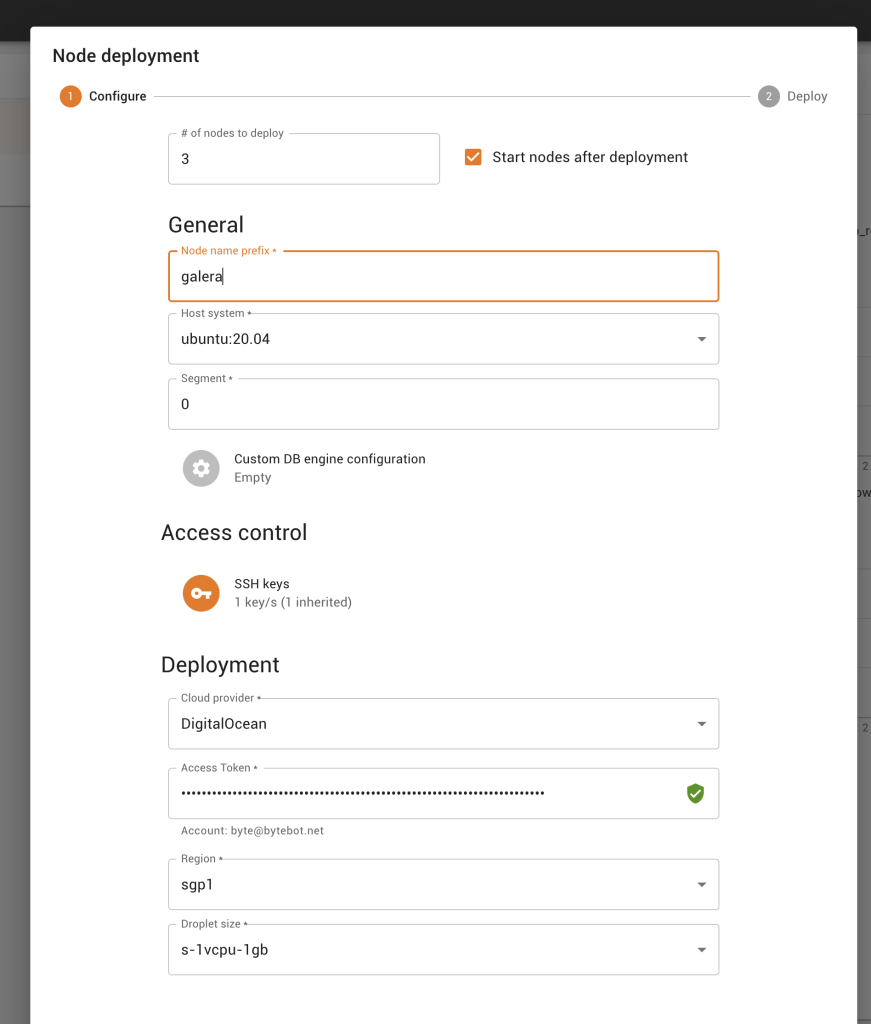 Some new changes that you will notice immediately: we have introduced support for MariaDB Server 10.7. While this is not an LTS release, we have had multiple customer requests wanting it. This is all in addition to the fact that we support DigitalOcean’s new API token format, and if you’re on MySQL 8, we use the CLONE plugin by default.

Normally we would encourage you to have an SSH key added, but to showcase the new feature, we skipped it during setup. That is because we have an SSH Terminal that allows you to login via your web browser, an oft asked for feature. It takes you straight to a Linux console, and you can naturally access MySQL or MariaDB Server easily from the command line. 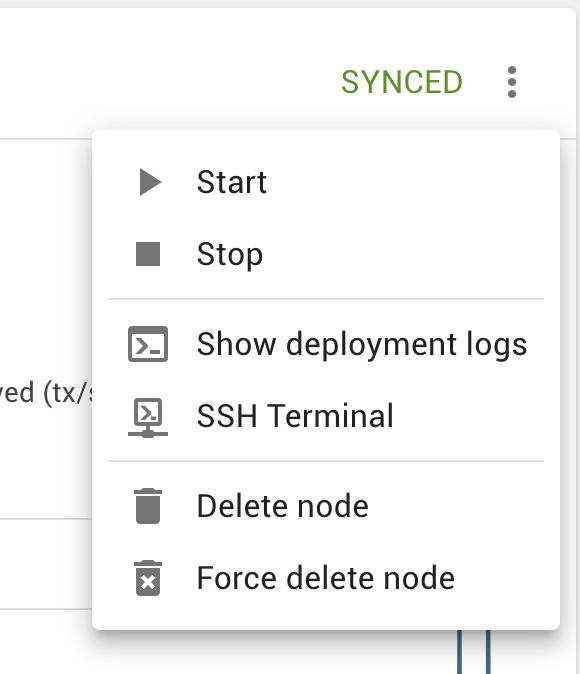 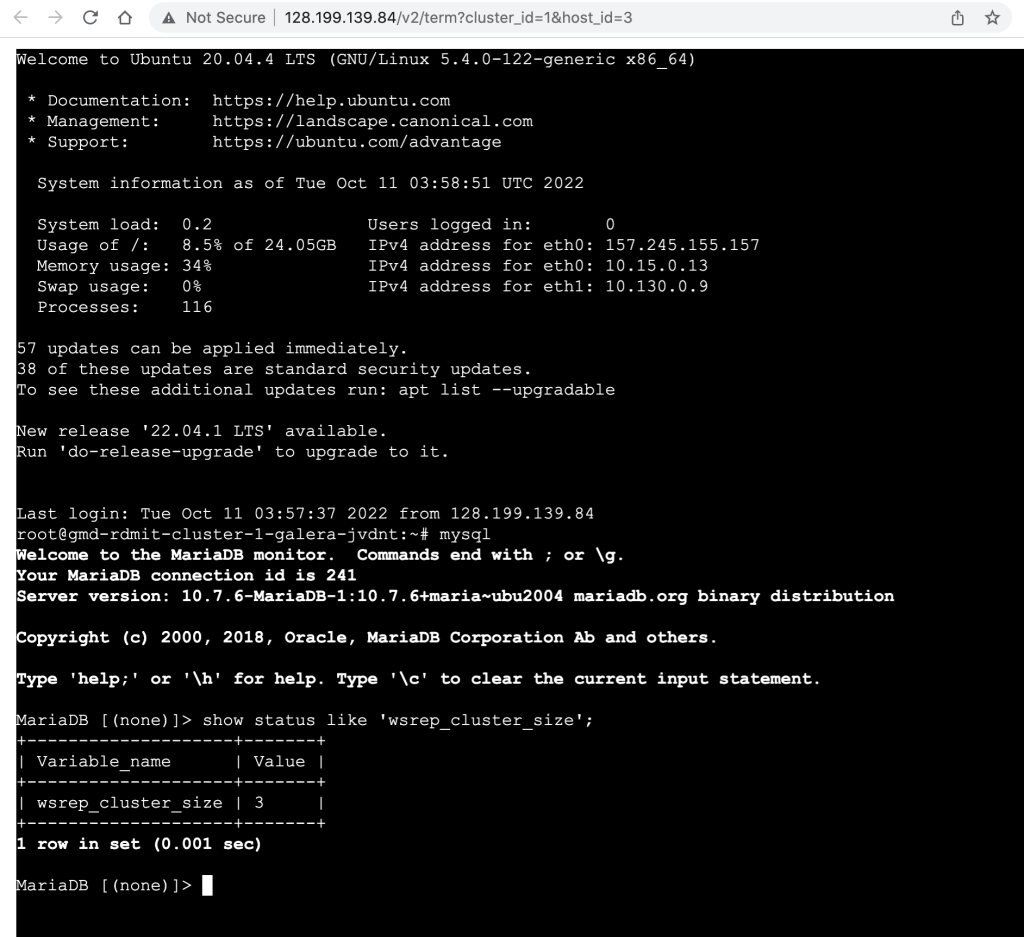 We also have a “Recover cluster” option now, when all your nodes are offline, and you need to “bootstrap” the first node. You will also be able to see the status of who is a DONOR or who is a JOINER, and so on. So in the unlikely event that your entire cluster goes offline, Galera Manager can help recover it now, too.

All these improvements make Galera Manager a lot more useful for production use cases. If you have suggestions of what else you would like to see, don’t hesitate to drop us a line at galera-manager-support on GitHub.

Upgrading your Galera Cluster from MySQL 5.7 to MySQL 8.0